I am a little late (over a month! ha) on posting this. The 27th of July was mine and Wade's 2 year anniversary! Wow, I can't believe we've been married two years! Every year seems to be better than the last! I am SO blessed to have Wade in my life, and I cannot imagine my life without him. Wade took me out for sushi and a movie, and it was the perfect night except for the fact we watched The Ugly Truth and hated it! The sushi was delish as always! (sorry for the Rachael Ray vocab- I just love her!) I forgot my camera at home, so I didn't get to take any pics.

We didn't get each other gifts because we were going to Las Vegas the next week, and that was our gift to each other...a much needed vacation! After being on a plan for 3 hours, I was pooped. This was my first time flying, and after much praying, I did great! I wasn't nervous nor did I get sick like I just knew I would. 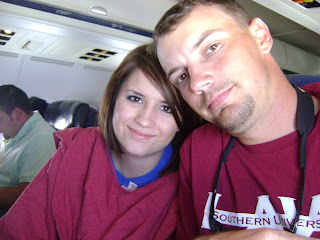 The Hoover Dam was breathtaking as were all the views. 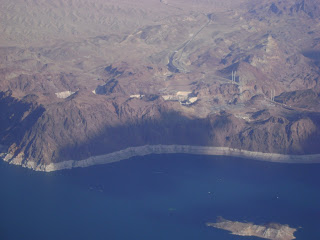 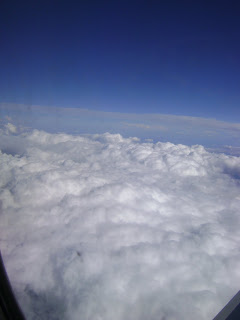 Our second night going to a show. Sorry for the blurry pic, but I think some sunscreen spilled in my beach bag and got on the lens cap. Gotta stay protected! :) 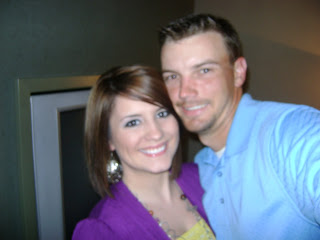 This was one of my favorite sights in Vegas besides the Stratosphere. It is breathtaking. It actually has a restaurant on the top floor that overlooks the strip. Unfortunately, we didn't bring nice enough clothes to eat there! ha 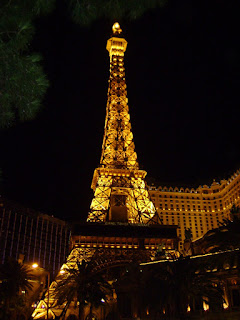 I thought Wade had big hands...Shaq's are HUGE! 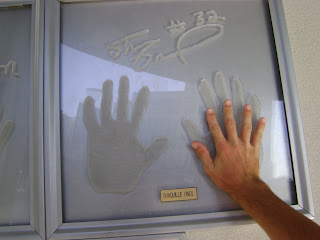 Vegas had its own little NYC there...it was so cool! 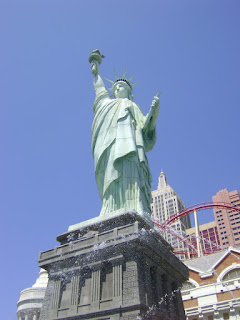 We went with Mario and Carley who are both from Monroe. Mario goes to law school with Wade, and Carley is a legal secretary also. We all have so much in common! They are the perfect go-to couple! :) 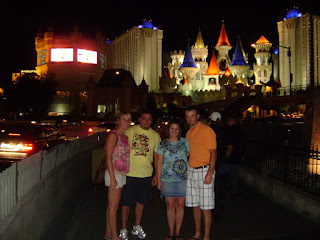 In-N-Out has the best burgers ever! They were so delicious and cheap! This is where the celebs go when they crave a greasy beef patty! Everything in Vegas looks like it is a few blocks away as we thought this was from our hotel. In actuality, we had to crawl up what looked like the side of a pyramind and then cross the interstate. Yes, I said the interstate. I had a skirt on and flip flops, and I was not very happy with the situation at hand. I told Wade this better be a dang good burger, and it was! It was so worth the hike! Literally! ha 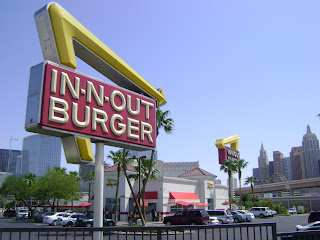